PHILADELPHIA — Take 4,000 trucking stakeholders, give them 30 options from which to choose to name the top three issues facing the industry in 2015, enter the answers into a computer program, push the go button and what do you get?

Hours of Service, CSA and the driver shortage are once again the top industry issues.

Only the order has changed. 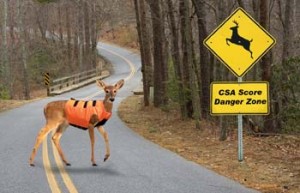 It’s the first time since the Great Recession that a single issue has garnered the top spot three consecutive years since economy was No. 1 in 2009-2011.

Based on the number of votes cast for the suggested issues, each is assigned an Industry Concern Index.

The driver shortage actually was ranked No. 1 by more respondents than any other issue probably based on votes from the truckload industry, but those rating it second or third — likely the LTL and local sectors — kept it from being No. 2 for sure and perhaps from being No. 1.

The No. 4 issue was driver retention, which is not far removed from the driver shortage issue.

Combined, those two categories were ranked first by 28 percent of the respondents, second by 18 percent and number three by 12 percent.

“What’s interesting about Hours of Service this year is that for the first two years, concerns about the Hours of Service rules had to do with the impact the industry was experiencing from the 34-hour restart provision,” Rebecca Brewster, president of the American Transportation Research Institute, which conducted the survey, told reporters at a news conference October 19 during the American Trucking Associations Management Conference and Exhibition here. “In this year’s survey, because we’ve been operating under the [34-hour restart rule] suspension, what folks are concerned about now is the uncertainty about what’s going to happen with the rules down the road. Will we get permanent relief from these rules or will we return to the 34-hour restart provisions as they were and will we see the return of those impacts?

The Federal Motor Carrier Safety Administration recently completed collecting data for a Congressionally-mandated study on the two restart rules that have been used in the past 10-plus years.

Mike Card, a former ATA chairman and president of Combined Transport at Central Point, Oregon, said what will happen when the study results are released boils down to this:

“There’s not a lot of faith that the FMCSA is going to come out with a study that says we made a mistake with this stupid rule,” Card told reporters. “What we are hoping is that Congress makes this a permanent suspension. Well, there’s not a lot of faith that Congress can pass any bill so what we are afraid of in our industry is that Congress won’t do the right thing, that FMCSA won’t do the right thing and we are going to be left with a bad law that hurts us all with no benefits.”

Multiple motor carriers say the restart rule put into place July 1, 2013, that required two consecutive 1 a.m. to 5 a.m. periods off duty, hurt productivity and contributed to congestion. That rule was suspended by Congress in December 2014.

“We have documented the July 1 rule moves trucks to daytime operating hours, which has resulted in an increase in crashes,” Brewster said. “And it adds to the congestion issue which has implications on the driver shortage. Drivers are more frustrated because they are spending more time in congestion.”

Based on respondent input, each issue is assigned three proposed strategies.

For Hours of Service the No. 1 strategy is for the industry to advocate for continued suspension of the restart provision implemented July 1, 2013, until accurate, reproducible safety and economic impacts are documented.

Concern about CSA springs largely from the fact that the data doesn’t accurately reflect the crash risk posted by carriers and drivers.

“It’s not surprising to see this one rise up because of the continued concern about the use of CSA by customers, insurers or anyone in the general public, particularly given the challenges and the disconnect between what the scores are and the crash risk” Brewster said. ”They are not in some cases representing true safety performance. We’ve had research that documents an inverse relationship between a carrier’s score in both the controlled substances BASIC and in the driver fitness BASIC and their crash risk. And yet we have the scores being used in a way to evaluate a carrier’s safety risk when they are not accurately evaluating that risk.”

Card said he likes CSA when it comes to helping make drivers responsible for his or her actions, but he’s really not sure that he could see a safety benefit in CSA.

“We found there were a lot of inconsistencies. Different states issued tickets different ways. My scores were not reflective or competitive with my competitor’s scores because he operated in a different area. So we saw that these were inconsistent scores,” he said. “Now we’re finding out the scores are not really accurate and the FMCSA is talking about using these to determine who’s safe and who is unsafe.”

He used a hypothetical case.

“When you talk about a driver having his med card expire, it probably doesn’t have a lot to do with the safety of that driver,” Card said. “He didn’t renew it or what happens most of the time he did renew it but doesn’t have it in his pocket. We don’t believe CSA should be used that way unless the numbers are accurate.”

Brewster said ARTI research shows that there is general agreement among motor carriers and enforcement personnel that crash accountability should be a component of the CSA Crash BASIC; however, there is continued debate over the use of police accident reports (PARs) for determining crash responsibility.

She said 44.9 percent of respondents believe this is the most critical step to improving how CSA measures safety performance and that ATRI will soon release its analysis of the impact of removing five specific crash types from the Crash Indicator BASIC calculation.

The crashes that ATRI focused on include five types where the driver or carrier clearly and conservatively could not have prevented the crash including:

The trucking industry also wants the scores removed from public view until they are strongly predictive of individual carrier crash risk.

Card said that on the driver shortage issue, within the industry there are sector that don’t have a high turnover rate, such as less-than-truckload carriers.

“But guys like me in long haul, it’s the No. 1 issue,” he said, adding that in his way of thinking, the driver shortage and driver retention would be rolled into one. “I need drivers in the trucks and we’re doing everything we can to keep them there. You put those two together and maybe it’s at the top of the list. It’s a bigger issue. It’s surprising to me it’s not No. 1.”

The top strategy for the driver shortage issue is to work with state and federal authorities to consider a graduated CDL program to safely attract new and younger drivers.

The current House-proposed long-term surface transportation bill would authorize such a program.

“We know that younger drivers are less safe,” Card said “What gets me is that we have military guys coming out of a two-year stint at 19 or 20 years and can’t drive across state lines. I’m from Oregon and I have kids who can drive from Medford to Portland that can’t go to Vancouver, Washington. “We don’t want to open the door for 18-year-olds to drive from Florida to California.”

Card said it was hard for younger drivers to pick up interstate routes because the more experienced divers want to drive intrastate so they can be home at night. Having a graduated CDL program would help attract younger drivers.

“This way allows the industry to say the guys and gals that are good and are 19 or 20 we will start doing some training with a trainer in the truck and maybe when they are 20 they can go by themselves, but they can’t be more than 500 miles from home.

It is “to identify and publish carrier best practices that improve work/life balance, healthy lifestyles and family relationships for drivers.” 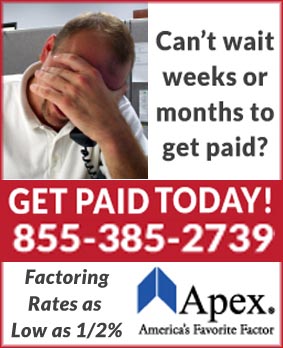